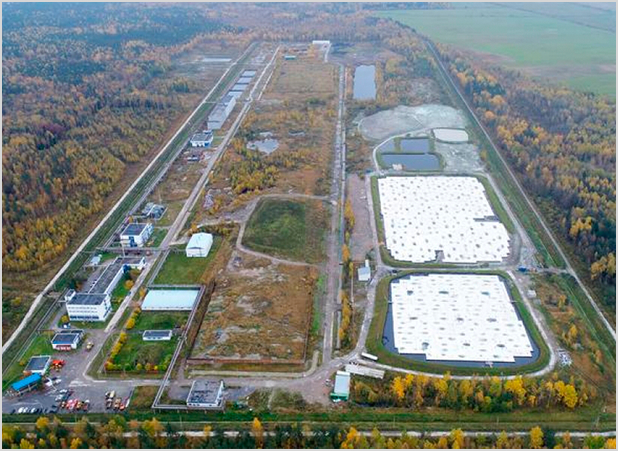 The Krasny Bor toxic waste landfill is located in the Tosno district of the Leningrad region, 30 km from the centre of St. Petersburg. The landfill was put into operation in 1969 and was intended for receiving, disposal and burial of the toxic industrial wastes of St. Petersburg and Leningrad region. In 46 years of operation of the landfill, 65 pits are filled and reclaimed, another 5 pits with liquid industrial wastes have remained open. Currently, the enterprise provides storage for accumulated liquid, pasty and solid toxic waste of about 2 million tones total weight.

In1993, HELCOM identified the Krasny Bor toxic waste landfill as a hot spot.

Currently, the landfill has carried out a series of measures aimed at improving the environmental situation: developing the program of the rehabilitation of the landfill; coating of the open pits with special cover in order to prevent their overflow from heavy rain and to reduce the evaporation of the open pits and risk of fire. The plant for the treatment of storm water runoff was put into operation in 2015 (before that wastewater from the landfill was discharged directly into the Izhora and Tosna rivers without any treatment). Environmental monitoring on the territory of landfill and its sanitary protection zone (1.5 km) was restarted from 2016.